We brought you the list of top music producers in Nigeria and their contact info 2021, first of all let’s discuss and know who’s a music producer and what he does.

So Here is the list of top/best music producers in Nigeria so far and their contact info 2021.

Multi talented Ezeh Chisom Faith who is better and professionally known as Rexxie is a talented Nigeria music producer and sound engineer from Anambra State, he used to be a drummer boy at his father’s church, he’s best know for his music slogan as  (Yo! Rexxie Pon This One), he has been a great music producer since 2018 till present and he is still rocking it. He is popular for creating the Zanku sound he has worked with so many big names in the Nigeria music industry and got so many hits songs under his credit as a music producer. some are Soapy, Tesumole, Mafo, Coming all by Naira Marley. KpK by Mohbad, Zanku by Zlatan Ibile, Comma by Burna Boy, Bebo by Burna Boy, Dagbana Orisa by Bella Shmurda, Back2Back by Bella Shmurda, Able God by Chinko Ekun feat. Zlatan Ibile and Lil Kesh
Bum Bum by Davido and many more the 27years old producer has worked with alot of big artist in the Nigeria music industry so far.

You can connect with Rexxie for business and more.

Another top music producer in recent years London who’s currently signed to Mavins Records owed by legendary Don Jazzy. the British and Nigeria producer came to limelight in 2019 and since than he has been making waves producing the biggest hits for all time. he’s also known for his producer slogan/tag as (London!!!).

Michael Ovie Hunter professional known as London is a British and Nigeria born Producer that was born in England and raised in Kaduna state Nigeria by a Delta State mum and a London citizen dad. London has produced so many big hits and work with numerous of artist in the music industry such as Bad Commando by Rema, Koroba by Tiwa Savage, So Fine by Crayon, Made In Lagos by Wizkid, Gyrate by Wizkid, Ginger Me by Rema, Mystery Girl by Johnny Drille’s, Bloody Samaritan by Ayra Starr, Temptation by Tiwa Savage and many more.
London is a producer you will love to work with as an artist so feel free to connect with him via his contact down below!

Another brilliant Nigeria music producer Alli Odunayo better known as his stage name as Telz which his producer tag/slogan is Funkula, Porn Killer, Kpon Giller and Born Killer. is a young talented Nigeria music producer who has been making Alot of waves and getting alot of fanbase, it seen 2021 is a very good year for this young producer, the 24years old Producer has produced alot of hit songs and has also worked with big names in the Nigeria music industry. He is the producer behind Abule by patoranking, wonderful by Burna Boy as well as Onyeka, Naughty by Nature, and Wetin Dey Sup off the new album titled “Twice as Tall”.

feel free to connect with the producer below!

The Edo state born music producer Igbinoba Osaze popularly known as Ozedikus formerly graphics designer turn music producer his production tag/slogan is “Ozedikus nwanne!” he has produced alot of great music and has associated most with Mavin records. beat behind his credit are Dumebi by Rema, Iron Man by Rema, Woman by Rema, Pakalamisi by Tiwa Savage, Lemme Know by Ladipoe, Moslado by teni and many more.

Nigeria Wonderkid music producer P Prime is a Nigeria most youngest music producer the 19years old Producer whose real names are Peace Emmanuel Oredope started producing beat at the age of 15years, he was a student of sarz academy. his producer tag/slogan is  “P-P-Priimeee” Giddem. this young producer is genius, he has produced alot of hit songs back to back some are as follows: Infinity By Olamide ft Omah Lay, Loading by olamide, Eru by olamide, Unripe Paw Paw by Zlatan featuring Jamopyer, Shomo by Zlatan, southy love by Peruzzi and more!!. P Prime is a Gee. connect him with the info down below!

Producer Napji Babawo better known by Napji (Napji killing dis one), is a Nigeria talented music producer from kaudna state signed to DMW owned by legendary singer Davido. The music producer has done justice to some hits songs across 2021. some are Fem by Davido the first Nigerian song to hit a million views on Youtube within seven hours. Jowo by Davido, Pepe by LAX featuring Davido and lots more!

feel free to connect and a business with him below!

CLICK HERE TO CONNECT WITH Napji (Napji killing dis one)

in House talented music producer for DMW owned by legendary singer and songwriter Davido. Bello Emmanuel Adeshina professional known as Fresh VDM (Very Disturbing Music) Togolese-born Nigerian music producer signed to DMW ( Davido Music Worldwide), he’s a producer behind most of David’s hit jams. asides from producing DMW records he has also worked with the likes of Olamide, Burna Boy, Mr Eazi, Stefflon Don, YCee and many more. the 29years old Producer has Produced so many hits under his name which are Your Body’ by Mayorkun, Mind by DMW star, DOE by Larry Gaaga, , E Be Tinz by Mayorkun, The Best by Davido off his album titled “Better Time” and many more!. his producer tag/slogan is Damn Fresh on the Beat or Fresh!!!!”. Fresh VDM is always on point with his beat. Doing business with Fresh VDM is quite easy just contact him via his contact info below!

Another young and talented Nigeria music producer Yung Willis is a Lagos State based Producer whose career took off in his university days. Yung Willis abandoned ECOWAS job (Economic Community of West African States) in 2018 just to become a music producer. 2021 is a very good year for him. Yung Willis whose production tag/slogan is (Willis give dem!) has worked with so many big artist in the industry and has Produced many hits back to back which are Highway by Dj keywise featuring Phyno, Squander by falz, Sweet Boy by falz, Celebrate Me by patoranking, Feel Good by Ice Prince, Talk by Falz, Baby For Life by Yung Willis featuring Seyi Shay and many more!. Feel free to connect with Yung Willis (Willis give dem!) for business & more.

CLICK HERE TO CONNECT WITH Yung Willis (Willis give dem!)

Nigeria female talented music producer Oladunni Lawal popularly known by her stage name as Dunnie is a talented music record producer, singer and songwriter, The Abuja-based music producer was born in 1992. she has been in the industry for quit some years now but it seens that 2021 has made her to gain awareness and popularity the female Producer has worked with some big names in the Nigeria music industry and produced many hits as well, which are Overdose by Oxlade, Becca by Sean Tizzle featuring Busiswa she has worked with the likes of Wande Coal, Mayorkun, Oxlade, Sean Tizzle and many more, she used to be the member of Sarz Academy. her Producer tag/slogan is (Legend o!). You can connect with her below!!

Tempoe is a mad music producer just like his production tag/slogan (Mad!). The talented music producer has worked with alot of Artist in the Nigeria music industry such as Omah Lay, WurlD, Superboy Cheque, Joeboy, CKay, Blaqbonez, Teni, Reminisce, and many others. Michael Chigozie Alagwu who is better known as Tempoe (Mad!) was also a beneficiary of the Sarz Academy. The young producer has Produced many hits songs such as Godly by Omah Lay, Door by Joeboy, Love Nwantiti by Ckay, shut up by Blaq Bonez and many more under his name. Feel free to connect with him below!

We have come to the end of it so how do the list looks like to you?. do you agree or not or we didn’t mention the name of your favorite music producer in 2021 you can feel free to mention his/her name via our comment section down below and we promise to add it ASAP (As Soon As Possible).
Thanks for reading!!!!.. 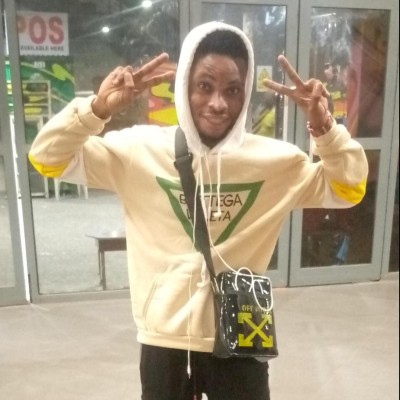 KANYE WEST RELEASE ANOTHER HOT TRACK LIFE OF THE PARTY

Artist That Featured Olamide In His Music Career

Artist that Featured wizkid In His Music Career

July 14, 2021
We use cookies on our website to give you the most relevant experience by remembering your preferences and repeat visits. By clicking “Accept All”, you consent to the use of ALL the cookies. However, you may visit "Cookie Settings" to provide a controlled consent.
Cookie SettingsAccept All
Manage consent

This website uses cookies to improve your experience while you navigate through the website. Out of these, the cookies that are categorized as necessary are stored on your browser as they are essential for the working of basic functionalities of the website. We also use third-party cookies that help us analyze and understand how you use this website. These cookies will be stored in your browser only with your consent. You also have the option to opt-out of these cookies. But opting out of some of these cookies may affect your browsing experience.
Necessary Always Enabled
Necessary cookies are absolutely essential for the website to function properly. These cookies ensure basic functionalities and security features of the website, anonymously.
Functional
Functional cookies help to perform certain functionalities like sharing the content of the website on social media platforms, collect feedbacks, and other third-party features.
Performance
Performance cookies are used to understand and analyze the key performance indexes of the website which helps in delivering a better user experience for the visitors.
Analytics
Analytical cookies are used to understand how visitors interact with the website. These cookies help provide information on metrics the number of visitors, bounce rate, traffic source, etc.
Advertisement
Advertisement cookies are used to provide visitors with relevant ads and marketing campaigns. These cookies track visitors across websites and collect information to provide customized ads.
Others
Other uncategorized cookies are those that are being analyzed and have not been classified into a category as yet.
SAVE & ACCEPT
error: Content is protected !!